On June 5, 2014 the ECB officially announced that the interest rate on its deposit facility for commercial banks would go negative. NIRP (Negative Interest Rate Policy) was born. It was only a question of time before the impact of NIRP worked its way down to the consumer. And now it has. Last week, Raiffeisen Gmund am Tegernsee, a German cooperative savings bank in Bavaria, became the first to give in to the ECB’s monetary repression, announcing it will start charging retail customers to hold their cash. Starting in September, Raiffeisenbank will charge a 0.4% interest rate on savings in excess of €100,000 euros. 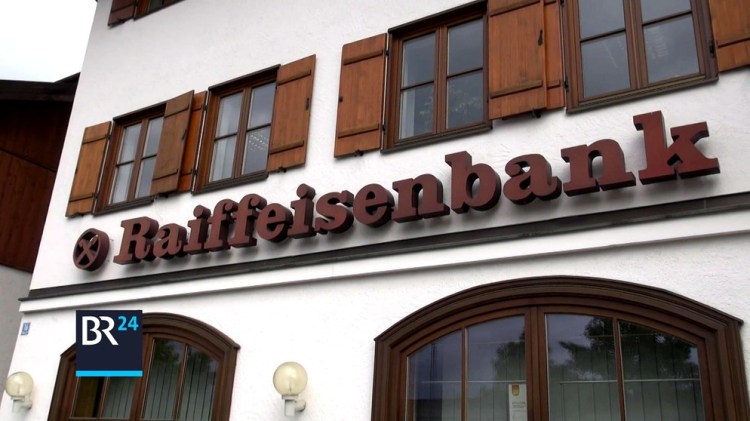 “With our business clients there’s been a negative rate for quite some time, so why should it be any different for private individuals with big balances?,” Josef Paul, a director of the bank told Bloomberg last Thursday.

NIRP has already had a dramatic impact on the EU banking system. The ECB imposes a 0.4% negative rate on commercial bank deposits with the central bank. Deposits by European banks at the ECB now stand at more than 850 billion euros, generating a 3.4 billion euro annual cost to the banks. The Bundesbank estimated last year that the low-rate environment would cut the pre-tax profit of German banks by 25 percent by 2019. This is designed to encourage banks to lend money rather than sit on it, but loan demand is flat; a poor global economic outlook means weak demand for loans on the terms banks require and they therefore have little option but to hoard cash.

What’s even more ridiculous is that all the evidence tells us negative interest rates actually increase savings, not borrowing and spending. Europe’s economies have experienced an unexpected surge in savings since the ECB began to crush interest rates, which is actually logical if you think about it. As interest rates fall, retirement becomes more difficult and people feel the need to save more. Individual investors become more risk averse in a NIRP environment.

Instead of opening their wallets, many consumers and businesses are squirreling away more money. Recent economic data show consumers are saving more in Germany and Japan. In Denmark, Switzerland and Sweden, three non-eurozone countries with negative rates, savings are at their highest since 1995. Central bankers have failed again. NIRP is “working” in precisely the opposite way of what was intended.

“People only borrow and spend more when they are confident about the future,” says Andrew Sheets, chief cross-asset strategist at Morgan Stanley. “But by going negative, into uncharted territory, the policy actually undermines confidence.”

Meanwhile, now that a German bank has finally breached the retail depositor NIRP barrier, expect more banks to follow. The implications? European savings rates will soar even higher, bond yields will tumble even lower and gold will continue its steady move higher as it offers a real rate of return compared to bank deposits.

Could Negative Interest Rates lead to a Bank Run?

As I wrote on June 10, yes. With negative interest rates, it obviously makes sense to take your money out of the bank and hold cash or gold. I’m guessing many of us will become our own bank. Would you be surprised to learn that sales of safes are at record levels in Europe and Japan? But not in the U.S. of A., you say. Well, Janet Yellen, head of the Federal Reserve, recently said negative interest rates aren’t “off the table” in the U.S. either.

The problem is that there is not enough physical currency to cover even 15% of the money held in bank deposits. And it could get much worse. Former Treasury Secretary Larry Summers and others are recommending that the $100 bill should be taken out of circulation. 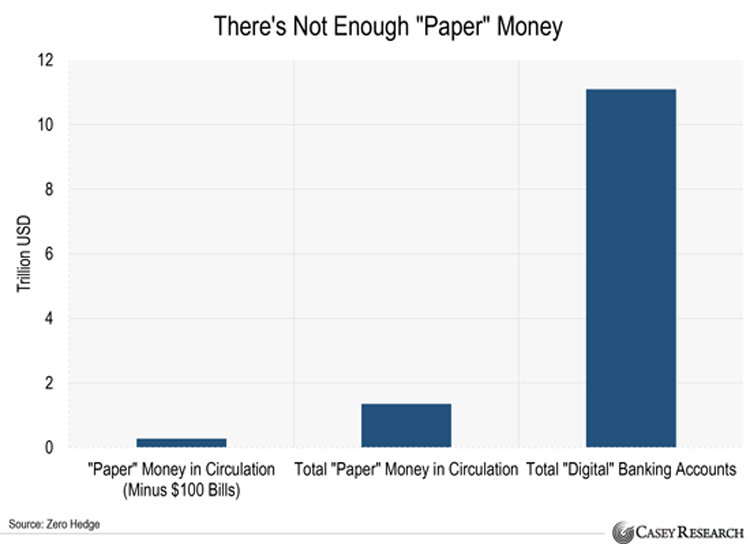 Recently, we reported on the actions of Munich Re, one of the largest reinsurance companies in the world, overseeing €231 billion in investments. The German company confirmed that negative rates are making physical cash a more valuable holding. If large conservative institutions such as Munich Re are increasing their holdings of cash, shouldn’t you, dear reader? Or would you rather wait until there is none to be had?