Fed heads from A to Z have spoken in the last week. They have declared with one voice that the Fed Funds Rate will be raised at their March 15 meeting. They say it is because the economy is strengthening.

They are lying. The same week that they tell us the economy is getting stronger, first quarter GDP estimates were marked down across the board. Goldman Sachs’ estimate was reduced to 1.8%, JP Morgan cut its projection to 1.5% and Bank of America slashed its estimate to just 1.3%. Most amusing of all, the Atlanta Fed cut its rate to 1.8% from 3.4% one month ago and 2.5 percent just last week. We had better get to the end of the quarter quickly before the estimates go to zero.

One of the problems is that we get two different kinds of data every week. There is the soft data from confidence surveys of consumers and businesses which measure how good people are feeling. And then there is the hard data which counts and measures the flow of goods and services, culminating in GDP. The hard data is anything but good as this chart from Goldman Sachs research shows. 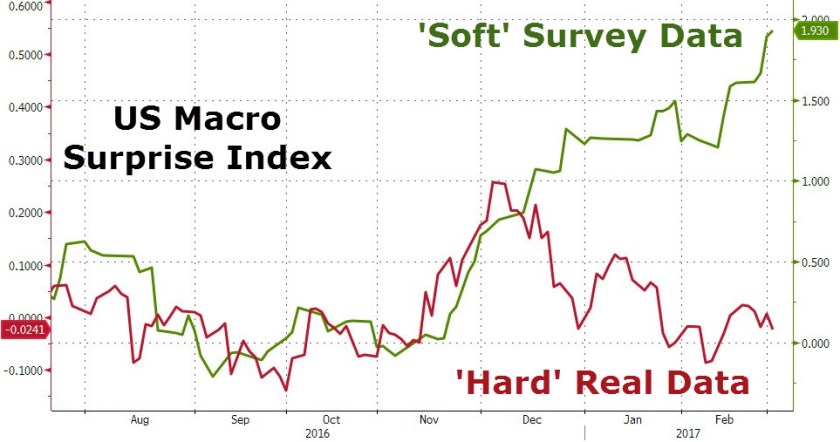 Below is today’s chart of first quarter GDP estimates from the Atlanta Fed. The green line pointing down is the direction of their estimates over time, which shows clearly that the economy is not strengthening. It is exhibiting the same weakness as it did all last year when the Fed did not raise rates. 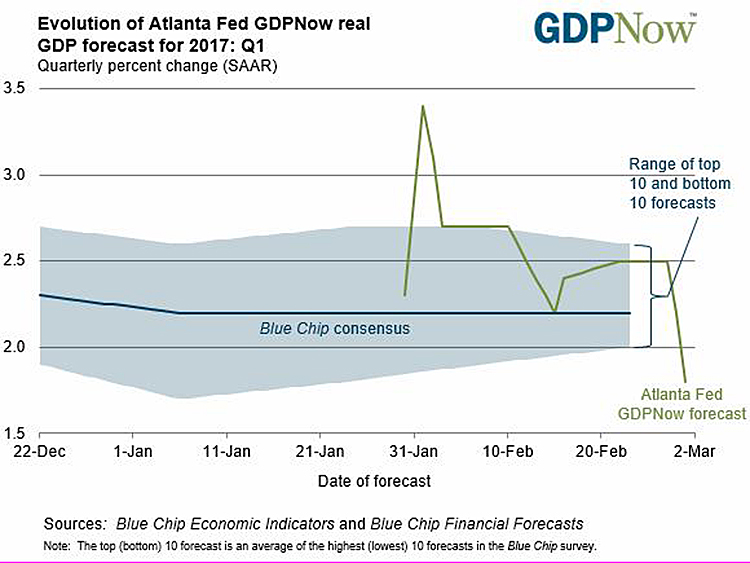 Confused? Don’t be. The Fed is not economic data dependent as they claim. They are stock market dependent. The stock market is overheated so they think they can raise rates without causing any serious down draft in the stock market. Let’s see if that’s the case after March 15.