Gold has always been an opaque market, mostly because that’s how most owners of gold want it. Secrecy is highly prized by central banks, who continue to misreport their gold holdings as we will describe below. Private holders also value their privacy. However, in the past couple of years, more information has started to become available, thanks in large part to the work of analyst Koos Jansen. (BullionStar.com)

Gold export/import data is now released monthly by the UK, Swiss and Chinese governments and the numbers show that there is a massive movement in physical gold from West to East. We do not know who the sellers are, but the main buyer is clearly China…the People’s Bank of China, its commercial banks and individual citizens. Gold is moving from storage in London, the traditional international center of the gold trade, to refiners in Switzerland and on to mainland China, directly and through Hong Kong.

In recent months, Swiss refiners have gone public with statements about how difficult it now is to access enough metal. Why does the gold need refining? Good question. The Chinese want only one kilo bars of four 9s purity…that is, 99.99% pure gold. The bars from London are the traditional 400 oz. 99.5% bars originally favored by western central banks. Does this suggest that central bank gold is coming into the market? In a word, yes.

And, yes, western central banks were openly selling gold until about 10 years ago. Now, they are not. But due to a change in the reporting regime imposed by the IMF, central banks now report their holdings as “gold and gold receivables”, leaving the door open to leasing and swapping gold into the market without reporting a disposition.

The numbers, as reported by Jansen, are enormous. Last month, he estimates that 217 tonnes of gold was imported into China. This matches nicely the 184 tonnes of gold net exported from the UK in December, the third highest monthly amount on record, according to data released by Eurostat.

Since the gold price fell sharply in April 2013, Jansen calculates that “there has been a spectacular drain from the vaults in the London Bullion Market. In 2013 the UK net exported no less than 1,424 tonnes. Whilst net gold export from the UK in 2014 decreased to 452 tonnes, in 2015 the gold exodus from London has accelerated to 573 tonnes.”

Alasdair Macleod (www.financeandeconomics.org) reports that some of the gold storage facilities he has visited in London are nearly empty. Meanwhile, veteran gold traders of my acquaintance assure me that fractional reserves are the norm in London. So-called unallocated accounts are common. These accounts are far less expensive than allocated accounts for a reason. In this type of arrangement, the depositor’s gold is merged with the assets of the bullion bank, may be used to back many other such deposits and may even be hypothecated many times over to meet the capital needs of the bank.

One day, we don’t know when, there will be a spectacular failure to deliver physical gold to meet the demand of a large London depositor and the price will sky rocket. In the meantime, hold your gold close. If it is not in your possession, make sure it is in a fully allocated account with a reputable bank, preferably in Switzerland or Singapore. 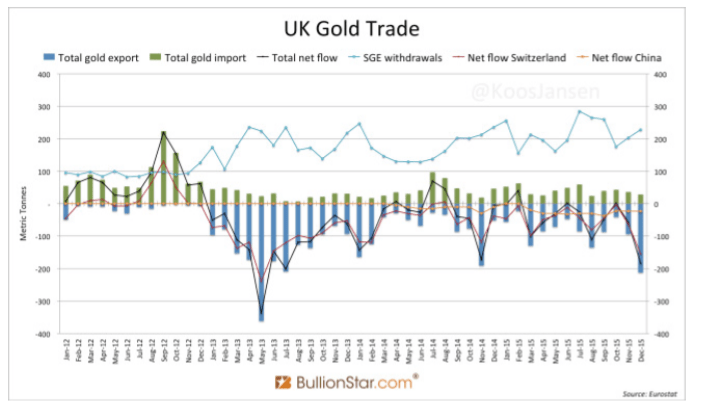 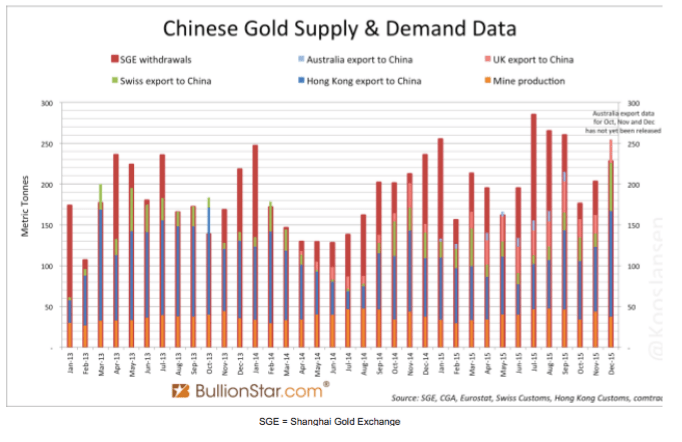