Unthinking and unintelligent economists, of which there are many, are puzzled as to why the flood of cash and ultra-low interest rates unleashed by central banks have not resulted in greater growth. The reason is that cheap liquidity has encouraged speculation, not investment.

Famed investor Stanley Druckenmiller put together this chart to show exactly what corporate America has been doing with the credit windfall served up by the Federal Reserve. The dark green is accumulated cash from cash flows and other sources. As you can see, cash accumulation went hugely negative in the Great Recession of 2008-09 and since then very little cash has been set aside to replace what was lost. As a result, balance sheets are weaker. 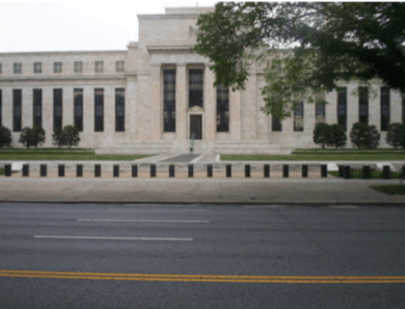 Capital expenditures (the light green) peaked in 2002 and have been trending down since then. Each successive spurt of investment has been smaller. Corporate America is not investing in the real economy. In fact, since existing invested capital actually declines over time through depreciation of assets, the capital stock is probably shrinking. Corporate America is eating its seed corn. 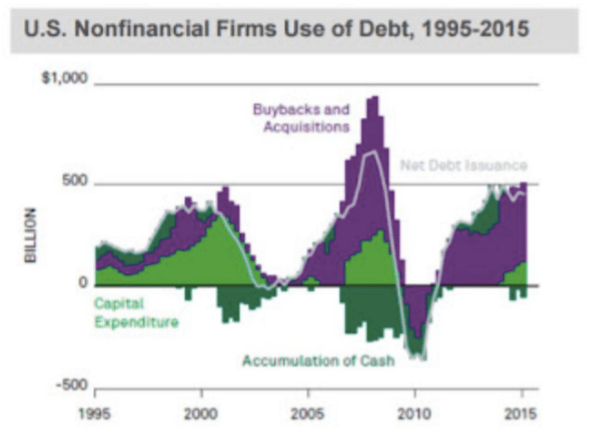