Jeff Gundlach of DoubleLine Capital, one of the smartest minds in the money business, said last week that after nearly 35 years, the bond bull market has ended. Interest rates have stopped going down. In fact, he says July 5 marked the top in bonds (bottom in yields). If so, this has major implications for all markets. Why? Rising rates mean that central banks are losing control of the credit markets, governments may have more trouble running deficits and the stock market is on borrowed time.

The evidence of a turn in the market is clearer when looking at the ‘safe haven’ European government bonds rather than US Treasury bonds, but even in the US there has been a significant breakdown over the past couple of weeks. This is exactly what I’ve been anticipating.

Here’s the six month daily chart for BUNL, an exchange-traded note that tracks German government Bunds. Note the collapse in price (increasing yields) in the past few days: 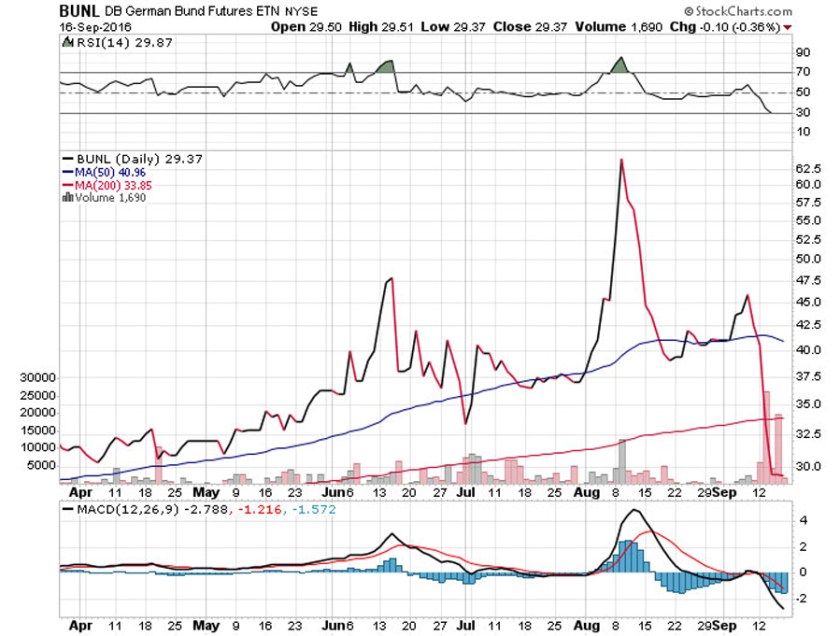 Below is the six month daily chart of the Morgan Stanley Emerging Market Debt Fund. Note the same sudden collapse in price, breaking below the 50 day moving average. 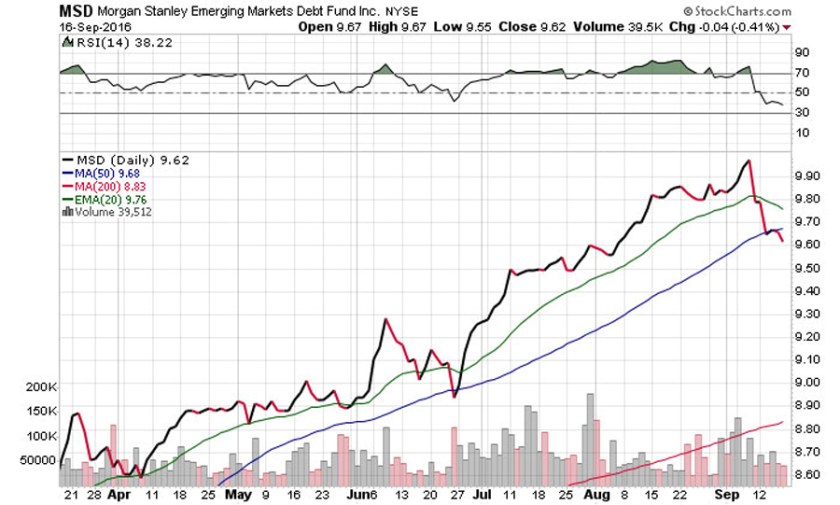 Finally, below is the six month daily chart of the interest rate on the U.S. Treasury 10-year note. Yields have bounced sharply higher since the all-time low in early July (prices have dropped). 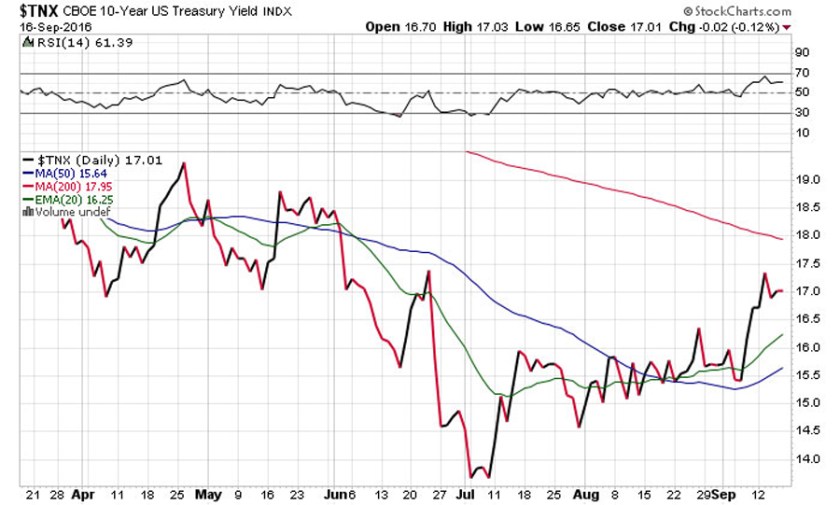 Something important is happening here, dear reader. Bill Gross, a fund manager at Janus Capital once known as the “bond king” of Pimco, the world’s largest bond fund, wrote in his monthly investment outlook for August: “I don’t like bonds; I don’t like most stocks; I don’t like private equity,” Gundlach, who manages more than $100 billion in assets at DoubleLine Capital, was even more direct in an interview with Reuters at the end of last week: “Sell everything.”

Both investors say that gold, the traditional safe haven that investors turn to when anxiety is high, is a better bet these days, even as prices are currently at their highest levels in more than two years: Slow global economic growth and low to negative interest rates are the reason. As I wrote on September 9, negative interest rates have created a bond bubble that could implode at any time.

Gross suggests buying “real assets” such as gold and land. Gundlach is also a fan of gold, and the stocks of gold-mining companies, especially as an alternative to the “horrific” risk-return prospects for US government bonds.

Although stocks have been soaring of late, with the S&P 500 recently reaching an all-time record high, Gundlach thinks equity investors are deluded. Economic growth is weak and corporate earnings are stagnant, he noted. “The stock markets should be down massively but investors seem to have been hypnotized that nothing can go wrong,” he told Reuters.

It seems I am not alone, dear reader. I suggest you invest in a helmet.