One of the world’s largest reinsurers, German Munich Re, is boosting its gold reserves in response to the punishing negative interest rates being imposed by the European Central Bank.

As reported by Thomson Reuters on March 16, Munich Re is not alone in seeking alternative investment strategies to counter the near-zero or negative interest rates that reduce the income insurers require to pay out on policies.

Munich Re Chief Executive Nikolaus von Bomhard told a news conference “we are just trying it out, but you can see how serious the situation is.” 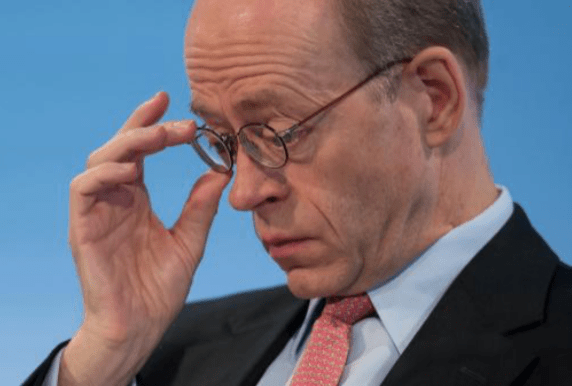 Last week, the ECB cut its main interest rate to zero and dropped the rate on its deposit facility to -0.4 percent from -0.3 percent, increasing the amount banks are charged to deposit funds with the central bank.

Munich Re is one of the largest reinsurance companies in the world, overseeing €231 billion in investments. A small 3% allocation to gold would equate to buying gold worth €8.19 billion, about 7.2 million ounces or 225.4 tonnes of gold bullion at current prices. The German company also confirmed that negative rates are also making physical cash a more valuable holding. Munich Re says it will store at least 10 million euros “so we won’t have to pay for the right to access the money at short notice”, von Bomhard said at the press conference. “We will also observe what others are doing to avoid paying negative interest rates,” he said.

It is interesting to note that Munich Re is twice the size of Warren Buffet’s Berkshire Hathaway, one of its competitors. Buffet has never had anything good to say about gold.

So, dear reader, if gold is good enough insurance to protect your insurance policy, maybe you should own some to protect the rest of your assets.