Janet Yellen of the Federal Reserve likes to tell us that the U.S. economy is getting stronger thanks to Fed monetary policy. So, in response, here is a little tour of reality.

The first chart shows global interest rates going all the way back to 3,000 B.C. The data was assembled by Michael Hartnett, chief investment strategist at Bank of America Merrill Lynch. Since 2008, Janet Yellen has given America lower borrowing costs than when the Pharaohs of the First Dynasty built their pyramids in ancient Egypt (3,000 B.C.). 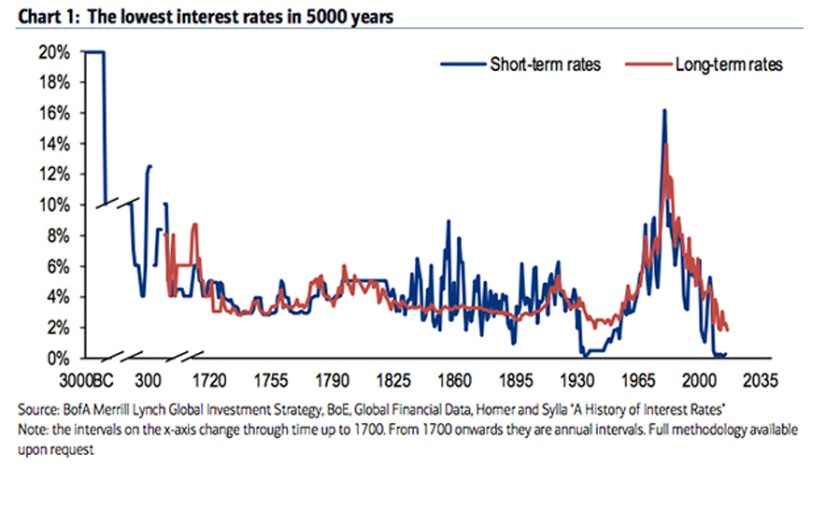 What have these record-low interest rates done for the U.S. economy? You be the judge. Here is a chart of the percentage change in Durable Goods Orders year-over-year, a key measure of economic health. As you can see, it’s been down hill since 2010. 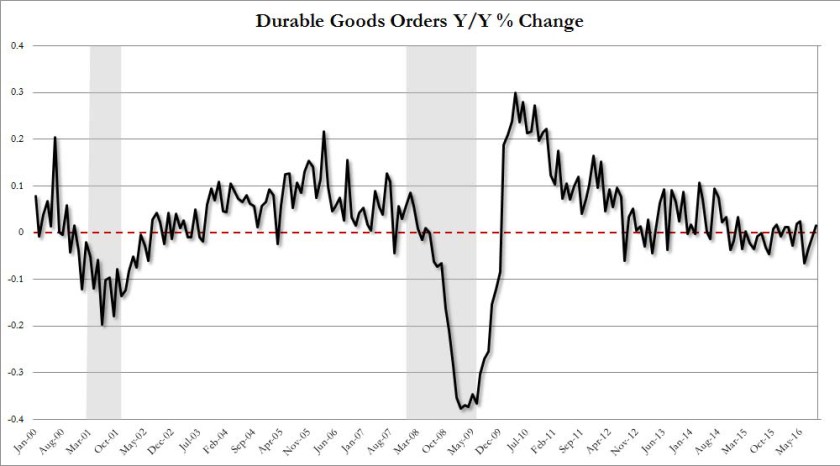 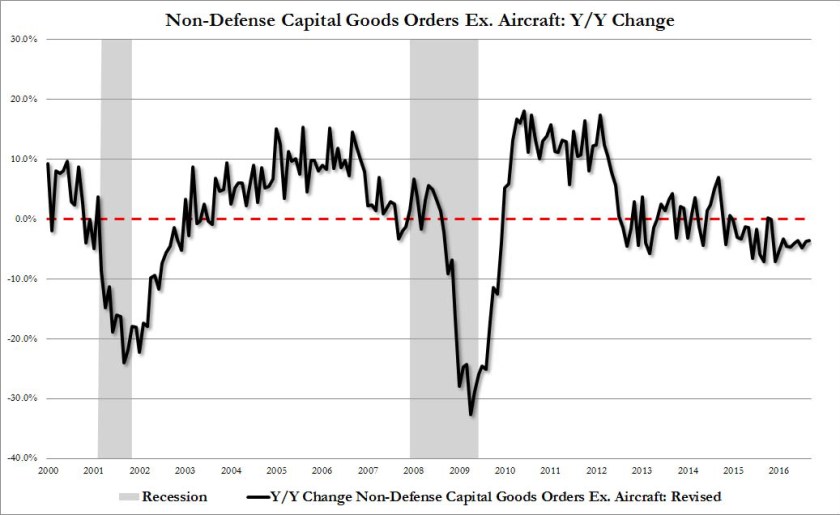 The latest data for August shows a 5.8% drop in Computer new orders, a 0.5% drop in Machinery, a 0.5% drop in Fabricated products, a 2.0% drop in Communications equipment, a 2.5% drop in Electrical equipment and appliances and a 21.9% drop in Nondefense aircraft and parts but includes a 23.6% surge in defense capital goods new orders. It’s a good thing we’re at war. 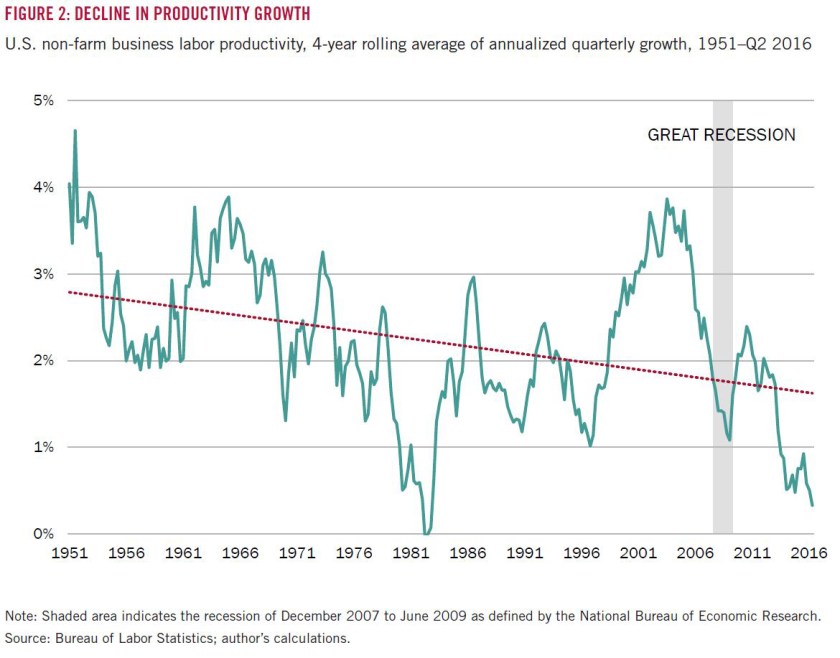 Where is America’s money going? We thought you would never ask, dear reader. Here is part of the answer. 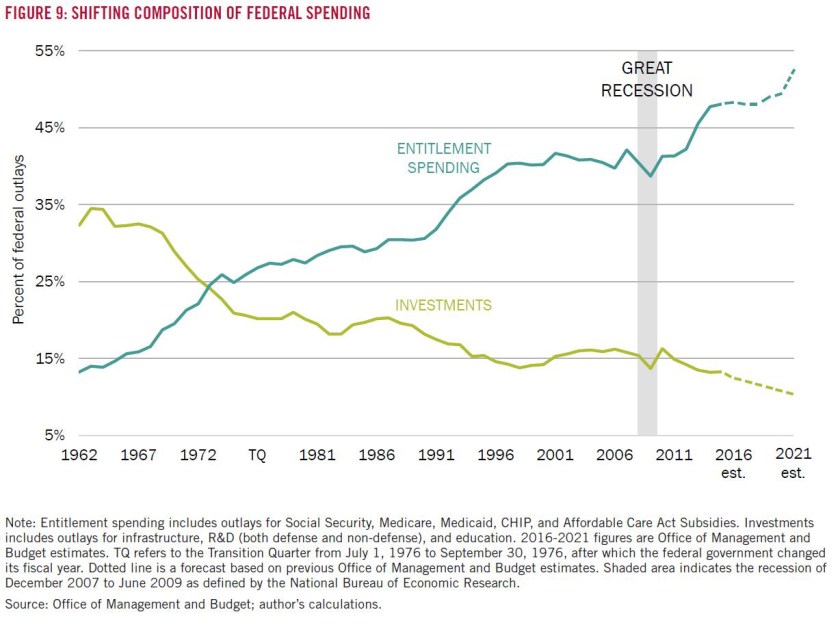 The stock market keeps edging higher despite the economy edging lower. A day of reckoning will come, dear reader, and it won’t be a sudden surge in the economy. This is one of those situations that has what the experts call asymmetrical risk. There is probably a 50% chance that the stock market will go up another 2-5% over the next six months. There is also, in my view, a 30% chance the stock market goes down 30-50% over the same period. Are you feeling lucky? If so, stay in the market. It’s like picking up nickels in front of a steam roller…exciting but not so rewarding.