Today we learned that core retail sales growth in December was the weakest in almost three years. Except for continued strength in autos and gas, the data disappointed across the board. Excluding autos and gas, total sales were unchanged in December against expectations of a 0.4% surge during the key holiday period. Now you know why there has been an explosion of store closing announcements this month from Macy’s to Sears.

What does this data tell me? It says that the surveys of how good businesses and consumers are feeling after the Trump election mean nothing. People may feel good but they aren’t changing their behaviour. Here’s the chart. This is the weakest year-over-year retail sales report since February 2014. 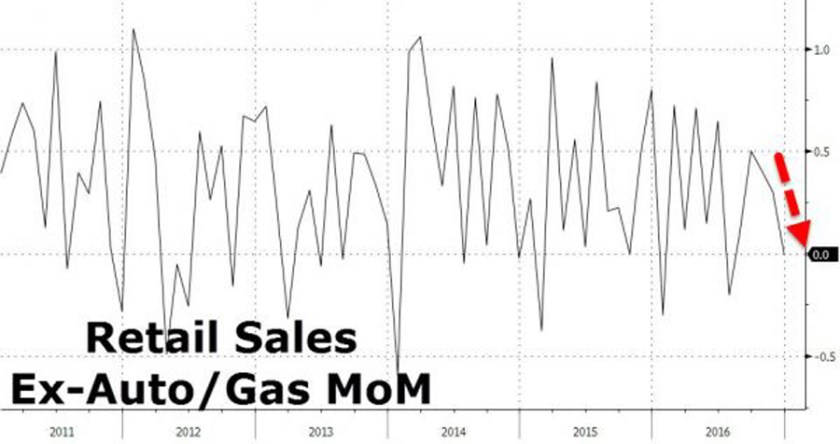 Earlier this week, Bank of America warned that December retail sales could come in weaker than expected when its December credit and debit card data recorded a 1.0% drop. They were right. Christmas giving was on the light side this year based on department store sales which fell 0.6 percent in the month and also electronic & appliance stores where sales fell 0.5 percent. In a clear sign of discretionary weakness, restaurant sales fell 0.8 percent for the largest monthly decline in nearly a year.

Below you can see the rapid rise and fall in consumer confidence in the ‘buying climate’ as measured by a Bloomberg survey. It doesn’t take much to raise hopes. But you can’t take hopes to the bank. In the absence of any real changes in the economy, it takes almost no time at all to fall back to reality. 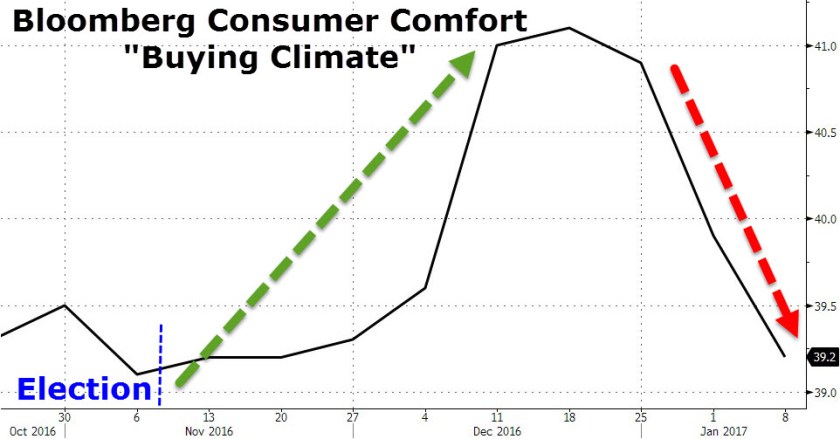 This is exactly what we predicted, dear reader. While we think that some of Trump’s economic policies are what America needs, change will come slowly…and not nearly fast enough to save a ridiculously over-valued stock market.