As I have been saying for months, the financial crash to come will begin in the $90 Trillion world bond market, not in stocks. You should understand, dear reader, that the really crazy risks and the insanely huge profits have been in debt, not equities.

The biggest killing was made front-running central bank bond purchases…QE as we have learned to call it. More than $13 Trillion in sovereign debt was driven so high in price by central bank purchasers that the yields went negative, which is completely insane. Do you really think this trend can continue? 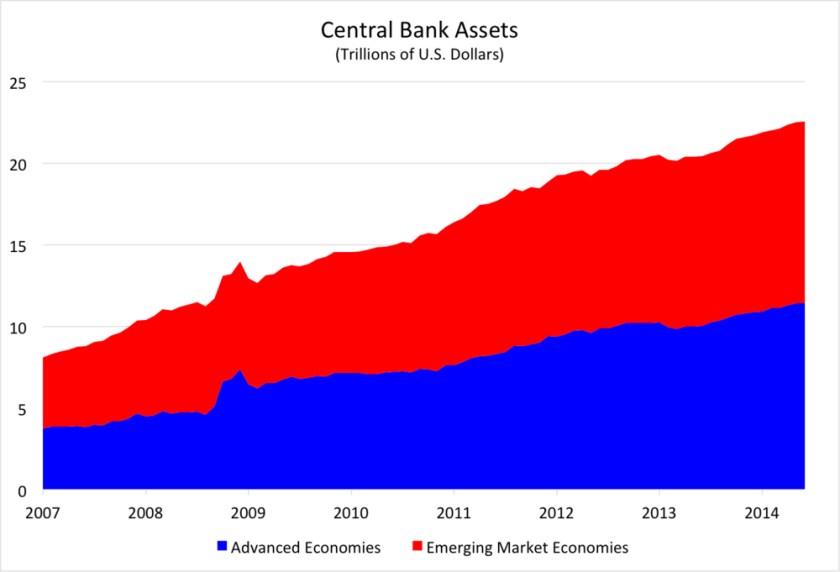 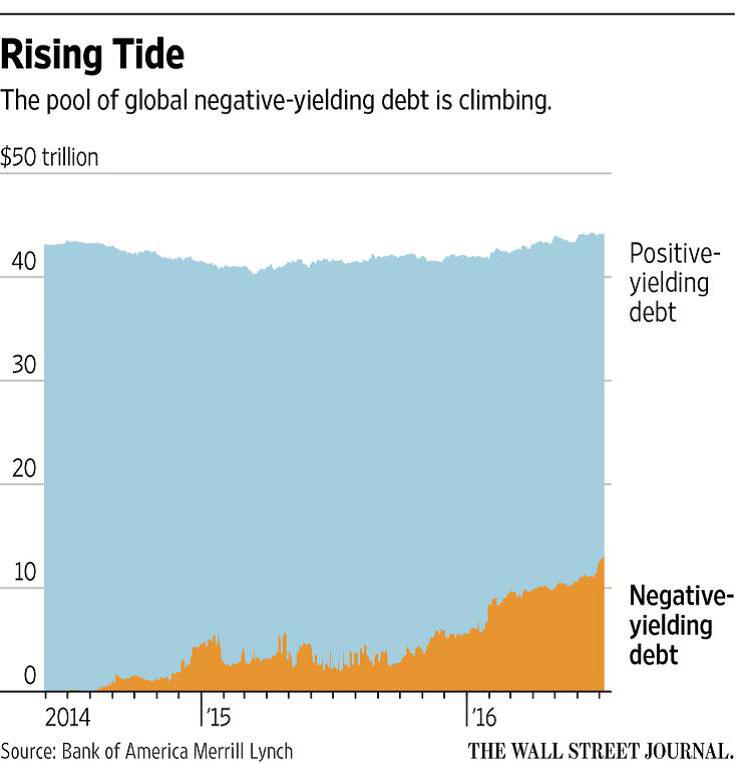 The massive and sustained repression of sovereign bond yields by central bank QE set off a stampede for yield among fund managers, igniting the biggest bond market expansion in history. US corporates outstanding, for instance, have nearly doubled to $7 trillion since 2007, while global issuance of corporate bonds this year alone has already passed a record $2 trillion. As I have said many times, the proceeds from this corporate issuance did not go into the acquisition of productive plant equipment, and technology. Instead, it was recycled back into Wall Street to fund financial engineering. Now, more than 100% of the net income of S&P 500 companies is now being paid out as dividends and stock buybacks, while debt-fuelled M&A deals have reached record proportions.

Since the turn of the century, more than $22 trillion in M&A deals have been done in the US alone. During October, in fact, an all-time monthly record volume of $250 billion of M&A deals was announced and during the last week of the month a weekly record of $177 billion was announced. To me, this looks like the deal-makers’ last hurrah as rising interest rates start to bite.

I believe the bond bubble is now going to unwind. It looks to me like the front-runners are starting to sell in earnest because they fear that the central bank bid for bonds may now disappear. The reason is that QE has clearly failed to stimulate economic growth. They can also see that even government-published inflation numbers are finally on the rise.

The stampede for the exits appears to have started last month in the long-end of the sovereign bond market, potentially marking the beginning of the end of central bank omnipotence and the popping of the historic bubble in financial assets they have created. During October, benchmark government bond yields surged on a worldwide basis. The yield on the 10-year US Treasury note (UST), for example, jumped from its post-Brexit low in July of 1.30% to 1.85% recently.

As David Stockman points out, this is not an isolated event. That 55 basis point surge since July in the US 10-year was matched by a 47 point rise in yield on the French 10-year bond, a gain of 66 points on Italian bonds and 74 points on UK government bonds. Even the German bund emerged from sub-zero land and now trades at 0.18%. Just in the last month alone, 10-year yields have surged 43 bps in Australia, 40 bps in New Zealand and 25 bps in South Korea.

Perhaps you think these increases in yield are too small to matter. Wrong, dear reader. To use a simple example, a US 10-year Treasury issued at par with a 1.3% coupon at the post-Brexit low would be worth 70 cents on the dollar today. You are not supposed to lose 30% on “safe” government bonds. Across the estimated $45 Trillion global government bond market, you have trillions in losses on a mark-to-market basis.

Remember also that these securities are a cornerstone form of collateral pledged to fund other needs. As they fall in value, margin calls must surely follow.

It is possible that a Trump electoral victory could temporarily reverse the trend to higher yields as investors seek safety. But let us understand that the extraordinary low yields in the debt market are the direct result of a central bank-induced embrace of risk, not a risk-averse search for safety. As investors do become more risk averse and more concerned about inflation, I expect them to run to gold, not bonds. As Jim Grant likes to say, sovereign debt as an investment has gone from risk-free return to return-free risk.