In March 2015, the European Central Bank (ECB) began its journey into Quantitative Easing, setting up to buy €60 billion in bonds monthly. The total was soon raised to €80 billion per month. In the 18 months since, the ECB has now purchased over €1 trillion in government (and corporate) bonds, bringing the ECB balance sheet to nearly Federal Reserve levels as this chart shows. 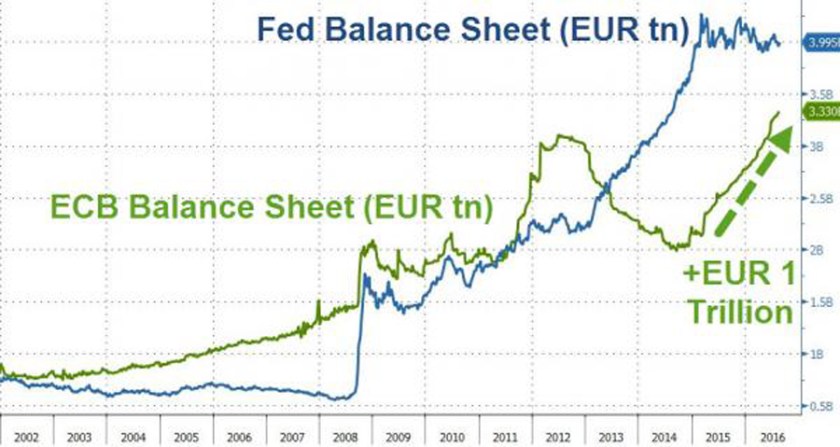 The ECB buys bonds through the EU’s national central banks in line with a member state’s overall contribution to EU GDP. Among its three largest economies, the ECB has snapped up a total of €238bn in German bonds, €189bn in French paper and €164bn in Italian bonds since last March. Here is what the totals look like. 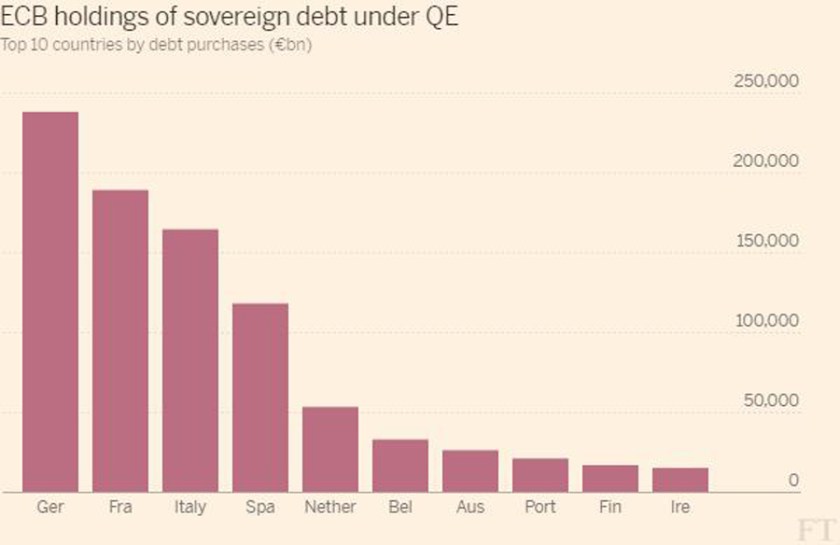 According to analysis from Credit Agricole’s Mehreen Khan, the ECB will have hoovered up an astonishing 50% of the entire universe of eligible government debt by the end of this year and more than two-thirds of the sovereign bond market that qualifies for QE will be on the ECB’s balance sheet by next September, Khan predicts. What then? Obviously, there is a looming scarcity problem.

The scarcity problem is primarily German. According to its own QE criteria, the ECB cannot buy German bonds with a maturity under seven years because their yield has fallen below the minus 0.4 per cent yield floor set by the ECB. That rule excludes about 40 per cent of the entire German bond market. That’s why policymakers announced earlier this year they would begin buying non-bank corporate debt. Total ECB holdings of company bonds now stand at €20.5billion. 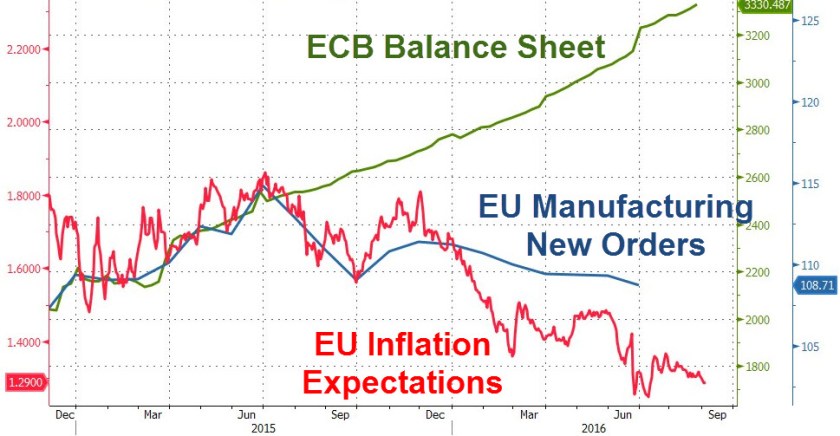 And the below chart promises more NO in the immediate future. 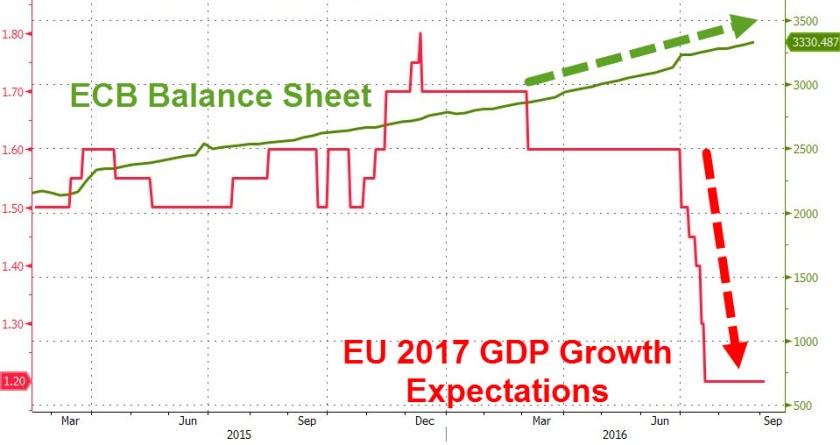 I suffered through Mario Draghi’s press conference last Thursday morning where he tried to convince journalists that the QE program is “working well” as he put it. They were not buying it, dear reader. I think the jig is just about up.

Second question: What happens when they stop? This is the 2000 pound elephant in the room. Once the ECB has become the market, and it obviously is, what happens when the bid is removed? Pandemonium, dear reader. Collapse, and then some.

The chart below shows you what QE has done to destroy EU bond yields. Prices have gone through the roof. How long will that last when the only real buyer steps away? 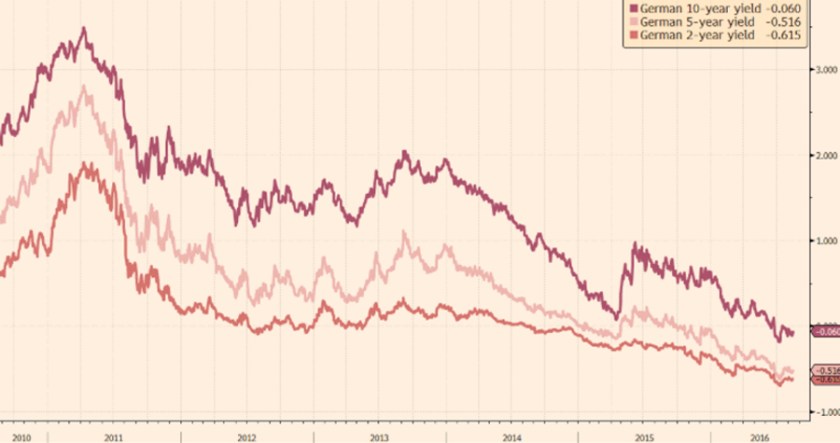