For the past two months, yields on U.S. Treasuries have been pushing higher. Why? Well dear reader, the economic establishment has jumped in to explain: the U.S. economy is strengthening and the Fed is going to raise rates. Facts be damned.

Now, with the release of the TIC data yesterday, we know the real reason and it’s the oldest reason in the books, dear reader: more sellers than buyers.

First, just for fun, here is the latest data from the Atlanta Federal Reserve on estimates for third quarter GDP (they have been the best guessers lately). The green line shows their estimate collapsing from 3.8% to under 2% as the negative data rolls in day after day. So it’s not the economy driving up rates. 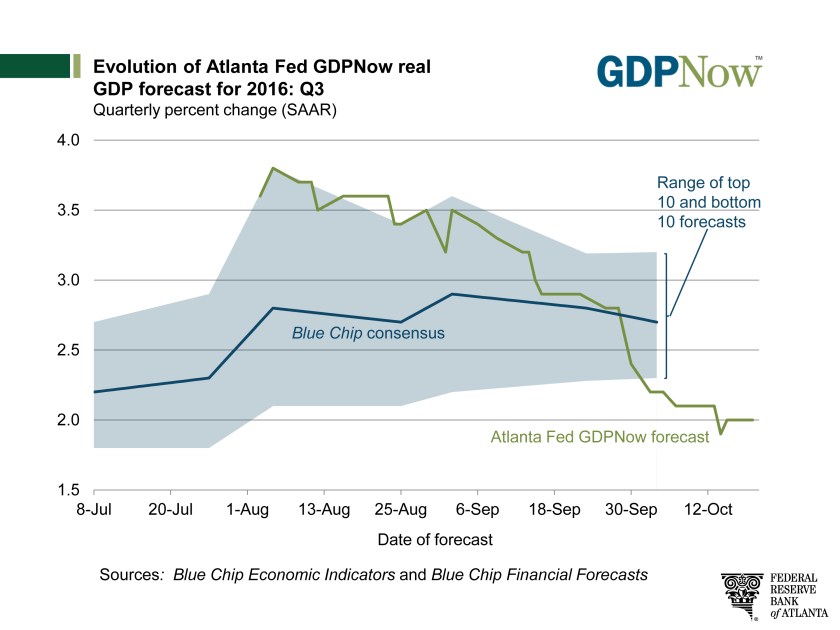 The real issue for Treasuries: relentless liquidation by foreign central banks which is reflected in the amount of U.S. Treasuries held in custody at the Fed for others. The total on account is the lowest since 2012. 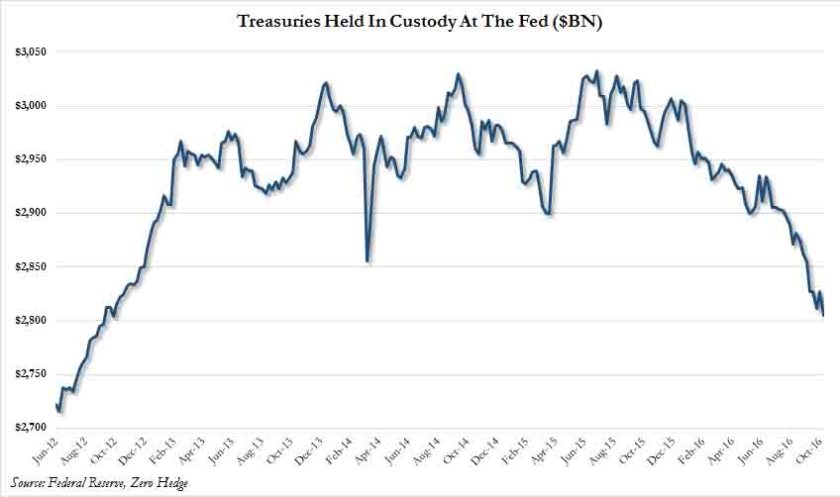 Yesterday, in addition to the Fed’s custody data, we also got the latest monthly Treasury International Capital data, which confirms the troubling trend. In the latest 12 month period (LTM), we can observe a not so stealthy, in fact quite massive, $346.4 billion net liquidation of Treasuries by foreign central banks for the period from July 2015 to July 2016…truly unprecedented selling. The dotted line marks the point where buying and selling nets to zero. Not a pretty chart. 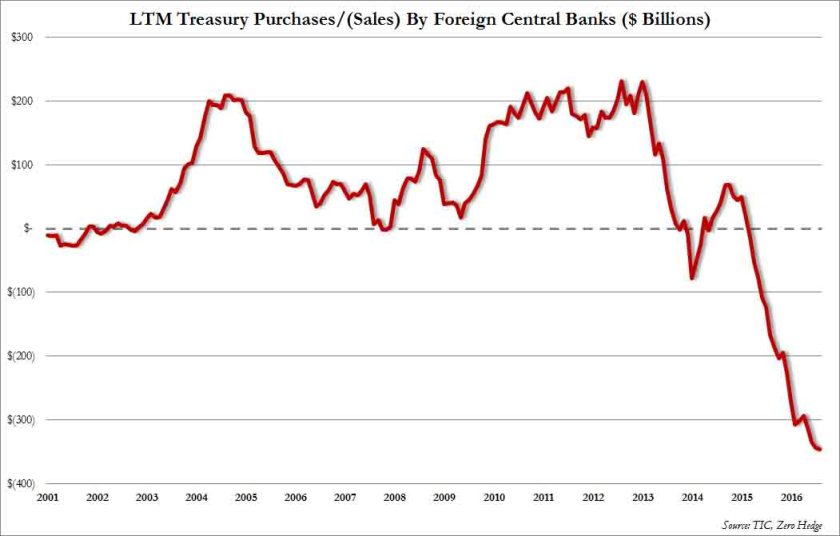 So, who are the central banks selling to? The answer, at least for now, is private demand. In other words, just like in the stock market, the retail investor is always the final bag holder. Hopefully not you, dear reader.

Just two months ago, yields had tumbled to near all-time lows. Suddenly, the trend has reversed. But that’s not all. Just as the biggest purchasers have begun to sell into the market, supply is starting to grow more quickly. The U.S. Treasury has just revealed that total US debt in fiscal 2016 (ending September 30th) rose by $1.422 trillion, the third highest annual increase in history, to reach an all-time high of $19.6 trillion. This is the real Obama legacy…a doubling of the U.S. federal debt in just eight years. 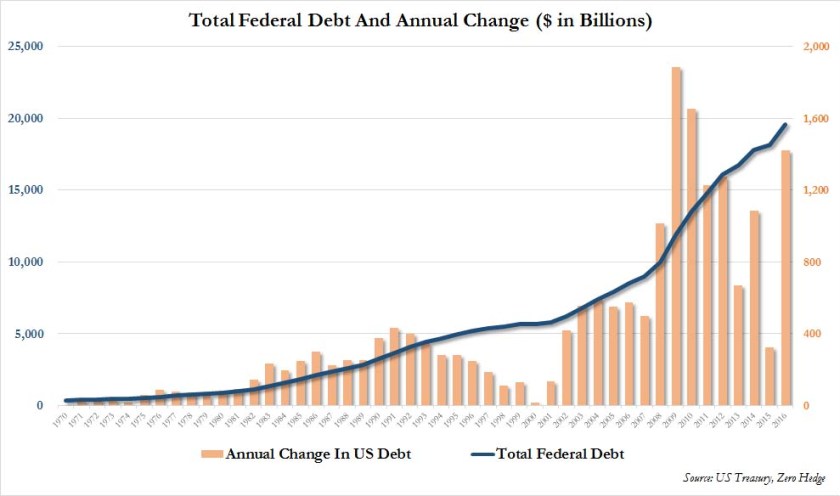 The latest figures show that the government is borrowing 15 cents of every dollar it spends. Government spending went up almost 5 percent to $3.9 trillion in fiscal 2016, but revenues stayed flat at $3.3 trillion.

As I have been saying for some time now, the next financial crisis is likely to begin in the ridiculously over-priced debt market. All it will take is an ongoing imbalance of sellers to buyers. The U.S. Treasury is the biggest seller of all and its needs are out of control. Maybe that’s why foreign central banks are hitting the bid?