Wrong. The increase was due to a higher estimate of inventory accumulation during the quarter. The growing inventories of today are the declining sales and recessions of tomorrow.

The first estimate does not use the data from the full quarter, just the first two months. Demand slowed as the quarter progressed, resulting in a gain in inventories of $81.7 billion compared to the first estimate gain of ‘just’ $68.6 billion. Meanwhile, today’s report downgraded personal consumption expenditures to an annualized (and pathetic) plus 2.0 percent in the fourth quarter versus an initial estimate of 2.2 percent. Alarming.

Any increase in inventories is not good, dear reader, especially if consumption is weakening at the same time. The economy is slowing as any number of data points show. Inventories are already at multi-year highs and the inventory-to-sales ratio has been climbing now for more than three years. Where is the economic recovery in the chart below? 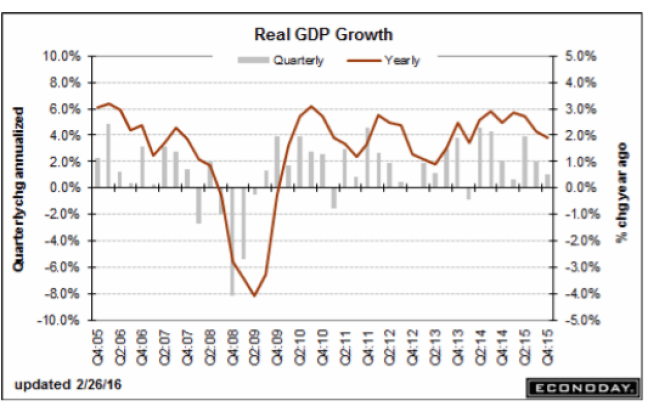 We continue our call for a near-term US recession. Do you really want to own US stocks?